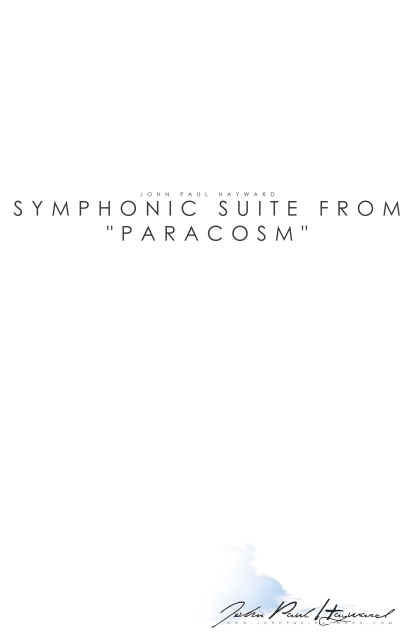 SKU:
$245.00
215 245 $215.00 - $245.00
Unavailable
per item
Composed for Large Orchestra by John Paul Hayward
Note: "Paracosm" is a short film written and directed by Josh Hilton and Miah Bowen. It follows the story of a young girl who is sucked into a magical realm called the "Paracosm" after becoming attached to one of it's sole creators, Christian.   After writing the music for the film, I compiled several of the major themes, both conceptional and actual, into a suite for symphonic orchestra.  There is both an eight minute version, and an abridged four and a half minute version.
Add to Cart